Recovery and the Spiritual Experience

The origins of the twelve-step recovery process are deeply rooted in the necessity of a “spiritual experience.” From the beginning of Alcoholics Anonymous (AA), Bill Wilson, the co-founder of the movement, has unabashedly shared the story of his conversion, often referred to as his “white light experience” in Townson Hospital in December of 1934. Bill […]

The origins of the twelve-step recovery process are deeply rooted in the necessity of a “spiritual experience.” From the beginning of Alcoholics Anonymous (AA), Bill Wilson, the co-founder of the movement, has unabashedly shared the story of his conversion, often referred to as his “white light experience” in Townson Hospital in December of 1934. Bill shared the details of his personal life experience and was convinced that his sobriety could not have happened without an encounter with God. Bill describes his dramatic experience in Alcoholics Anonymous Comes of Age: A Brief History of A. A. New York: Alcoholics Anonymous World Services, 1957. Where he stated, “My depression deepened unbearably, and finally, it seemed to me as though I were at the bottom of the pit. I still gagged badly on the notion of a Power greater than myself, but finally, just for the moment, the last vestige of my proud obstinacy was crushed. All at once, I found myself crying out, ‘If there is a God, let Him show Himself! I am ready to do anything, anything! Suddenly the room lit up with a great white light. I was caught up into an ecstasy which there are no words to describe. It seemed to me, in my mind’s eye, that I was on a mountain and that a wind not of air but of spirit was blowing. And then it burst upon me that I was a free man.” From that day forward, Bill never drank again, and his efforts have helped countless others find a similar reprieve. Bill understood that his experience was unique to him and that everyone’s encounter with God will also be unique. He explained his experience in a twelve-step process that anyone would replicate. He realized that sobriety could be achieved and maintained in a systematic approach, method, or program rather than aspiring for an experience that may not be the same for everyone. An experience tends to create a desire to mimic the details in the minds of others who have reached similar points of desperation. However, Bill was convinced that an encounter with God was essential in recovery and that this could be achieved in twelve simple steps.

There are many paths to recovery, and I value the research that stands behind today’s evidence-based practices in clinical settings. I approach healing wholistically with the ideal that we are mind, body, and spirit. I am convinced in study and practice that this approach produces optimum results in the process of our health and wellness. Treatment in many settings has been limited to one or two aspects of our being—the following advocates for a wholeness approach in treatment.

The Medical Model: The medical model begins with a diagnosis, and symptoms can be dramatically reduced via medical intervention. Supplements to promote normal body function, growth, and development such as Vitamin B-complex and Vitamin D are commonly used in the treatment of Alcohol Use Disorder (AUD). Additionally, the use of anti-craving or aversive medication to treat chronic alcoholism by causing unpleasant side effects of alcohol consumption is very effective (e.g., Acamprosate, Baclofen, and Disulfiram). Likewise, effective treatments are available for Opioid Use Disorder (OUD), including pharmacological medications such as Methadone and Buprenorphine to treat heroin addicts.

Although the medical treatment of such addictions is symptomatically effective and cost-efficient, symptom reduction is only part of the solution. Medical intervention cannot treat beyond the inherent characteristic pain of the addictive behavior. The driving factors that initially led to the addictive behavior are not addressed in medical intervention alone. The underlying approach in a traditional twelve-step program is designed to address the inherent issues of ego, resentment, emptiness, and spiritual sickness that were the impetus leading to the addictive behavior in the first place. The twelve-step programs focus on awareness, resolve, and offer a spiritual solution to the problem. Medical intervention and detox are of critical importance in the journey of the recovering addict. However, if enlightenment and awakening do not take place, the addict will soon return to their pattern of addressing an internal problem with a temporary external fix. If the approach does not address the individual’s mind, body, and spirt holistically the outcome will most likely create a predictable pattern of relapse and failed attempts at sobriety.

The Psychological Approach: In addition to medical intervention, addiction treatment has an extensive history of employing cognitive and behavioral approaches in therapy with success. Mindfulness techniques and Acceptance Commitment Therapy are beneficial in addressing cognitive distortions and self-sabotaging behaviors that have led to repeated addictive behaviors.  Challenging the negative patterns of destructive thought processes is indisputably needed in recovery. However, we are more than simply cognitive beings living in a physical body. True, lasting, and powerful transformation occurs in the moment of awareness. The transformation will always be preceded by awakening. Abraham Maslow put it this way “What is necessary to change a person is to change his awareness of himself.” It has been my experience that lasting change encompasses the wholeness of the individual, body, mind, and spirit (1 Thessalonians 5:23, 3 John 1:2).

The Spiritual Solution: The purpose of this article is to create an awareness of the spiritual necessity in the process of recovery. Over time the twelve-step programs have focused on the “working of the program,” meetings, clichés, and the ego-centric components of the process that perhaps the aspect of spiritual awakening has been lost or forgotten. Before Bill Wilson’s “White Light Experience” in the Townson Hospital, he was visited by his best friend, Ebby Thatcher. Ebby was a friend that had recently found sobriety through faith in Christ and had become deeply involved with the Oxford Group (https://en.wikipedia.org/wiki/Oxford_Group). Ebby shared his experience with Bill and gave him a copy of The Varieties of Religious Experience by William James. This book would profoundly influence Bill Wilson and helped shape the structure and philosophy of AA as it is today.

Here is what you need to know about William James: He was a long-time prominent professor at Harvard University and is revered as the father of American Psychology. His writings on The Principles of Psychology (1890) and The Will to Believe (1896) are considered philosophical and psychological classics to this day. You may not know that William James is that he had a profound spiritual experience while hiking in the Adirondacks mountains prompting his lectures, which were to become published as The Varieties of Religious Experience (1902). In this volume of published talks, James said ardently, “There are two lives, the natural and the spiritual, and we must lose the one before we can participate in the other.” He went on to further explain, “I remembered the promise of the Holy Ghost; and what the positive declarations of the Gospel had never succeeded in bringing home to me, I learned at last from necessity, and believed, for the first time in my life, in this promise, in the only sense in which it answered the needs of my soul, in that, namely, of a real external supernatural action, capable of giving me thoughts, and taking them away from me, and exerted on me by a God as truly master of my heart as he is of the rest of nature. Renouncing then all merit, all strength, abandoning all my personal resources, and acknowledging no other title to his mercy than my own utter misery, I went home and threw myself on my knees and prayed as I never yet prayed in my life. From this day onwards, a new interior life began for me: not that my melancholy had disappeared, but it had lost its sting. Hope had entered into my heart, and once entered on the path, the God of Jesus Christ, to whom I then had learned to give myself up, little by little did the rest.” By Devine revelation (i.e., spiritual experience), William James discovered a transforming power that delivered him from years of depressive episodes and spiritual malady. The Varieties of Religious Experience by James and the evangelical teachings of the Oxford Group have long been recognized as a foundational influence of AA in program and philosophy.

In 1961 Bill Wilson wrote a letter to the famous Swiss psychiatrist Carl Jung in which he thanked him for helping spark the fire that was to become Alcoholics Anonymous. Carl Jung had worked with a hopeless alcoholic named “Rowland H’. According to Carl Jung, Rowland’s only chance to recover from his alcoholism was a “spiritual or religious experience – in short, a genuine conversion.” Jung went on to say that this type of spiritual experience had been happening to alcoholics for centuries but that he did not know how to produce such a spiritual experience using psychological methods. (Carl Jung and Alcoholics Anonymous 1st Edition by Ian McCabe)

It is impossible to separate the necessity of “spiritual experience” from the history of recovery in American psychology and the treatment of addictive behavior. Although, seeking an “experience” in and of itself is not an answer; experiences do occur. Whether in the story of a recovering addict or in the conversion of an atheist, a crisis is experienced on some level that proceeds lasting change in the process of recovery. Rarely is this achieved by a mere intellectual acceptance or medical intervention. Alcoholics Anonymous is a series of twelve steps designed to create a path to sustainable change through awareness and spiritual experience, a “total psychic change.” The only way a person can recover from drugs and alcohol, or any other addictive behavior is to have a total psychic shift based upon spiritual principles. Psychology and medical treatment have their place in recovery, but the only way to truly be free from drugs and alcohol for the rest of your life is to have a spiritual experience. How does this happen? You start with taking the first three steps of the twelve:

Step one: “We admitted that we were powerless over _____ …… that our lives had become unmanageable”.

Step two: “Came to believe that a power greater than ourselves could restore us to sanity.”

Step three: “Made a decision to turn our will and our lives over to the care of God ……”

James, W. (2009). The varieties of religious experience: A study in human nature.

McCabe, I. (2018). Carl Jung and Alcoholics Anonymous: The twelve steps as a spiritual journey of individuation. Routledge.

A THERAPIST’S LOOK AT THE HUMANITY OF CHRIST 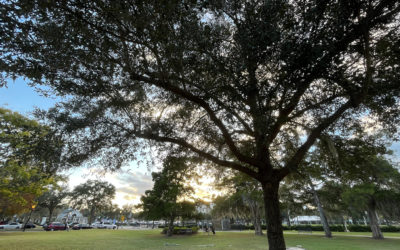 The Serenity Prayer has helped untold millions over the years and has become a driving force in the world of addictions recovery. Yet, the actual meaning behind the prayer has nothing to do with addiction at all. The words of this prayer have linked together truths of... 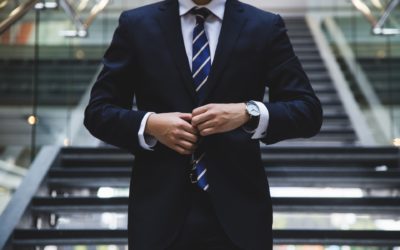 Success is a Behavior

You may have read Steven Covey’s "The 7 Habits of Highly Effective People.” Even if you haven’t read it, the book is referenced regularly enough in pop culture that you may already have a familiarity with it. The premise of the book is an outline of good habits...